The Río Indio Adventure Lodge was developed by a group of environmentally conscientious investors from North America, Nicaragua and Costa Rica who wanted to introduce this 1,600 sq. kilometer Indio Maiz World Heritage National Park to people that care about the environment and its pristine beauty. After a 2 ½ year environmental impact study, the carefully designed construction began using Nicaragua’s finest hand craftsmen, and wood from tree farms and reforestation programs. It took three years to build after surpassing many logistical problems of material transportation down the seasonal jungle rivers. Our goal was to create local jobs, operate a sustainable project and staff the lodge with local native people, mostly of the Rama tribe.

Main Characteristics of the Area

This eco-tourism hotel, is located in a place known as La Fe, Municipality of San Juan de Nicaragua, previously known as San Juan del Norte, Department of Rio San Juan, which, according to Decree 66-69, has been established as the 'Rio San Juan' Wildlife Refuge. This declaration is part of an effort by Nicaraguan authorities to develop the country in terms of tourism, identifying an eco-tourism corridor formed by the junction of the Rio San Juan area (which includes the zones of San Miguelito-Solentiname, Los Guatusos, San Carlos-El Castillo and Bartola-Indio Maíz Reserve-San Juan del Norte) with the area of the South Pacific, constituted by Managua, Granada, Masaya and the beaches in Carazo, Rivas and Managua.

The geomorphologic characteristic of this sector is uniform coastal plains of great extension with almost no visual topographic interruptions. This plain is made of Quaternary alluvial sediments, regularly marshy and with scarce hills that vary in altitude from 50 to 400 meters above sea level. The climate is humid, typical of the rainforest, with temperatures ranging from 22 to 33 degrees Celsius and an annual rainfall of 4000 to 6000mm. If we join to this the high relative humidity, the area can be classified as a dense tropical forest of perennial foliage and a range of arboreal species which, in spite of the deforestation of the past, includes cedar, mahogany, laurel, almond, oak, as well as multitude of fruit-bearing species. Such diversity can also be observed in the fauna with a variety of fish, birds, mammals, and reptiles.

All this allows us to assert that the Rio Indio Lodge is located in the middle of the tourist development plans pushed forward by the last Government administration that has taken advantage of the rich biodiversity and the high potential for sport fishing as well as the cultural and scientific interest of the area. 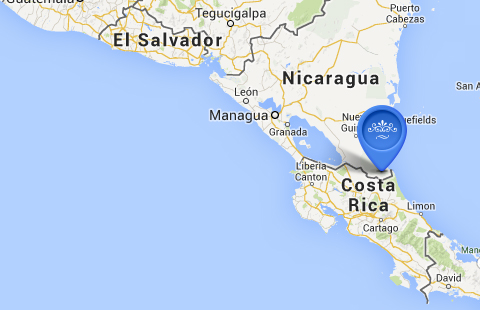